113) Ben Rossi of Friday In America

In episode 113, Ben chats with Friday In America’s Ben Rossi. 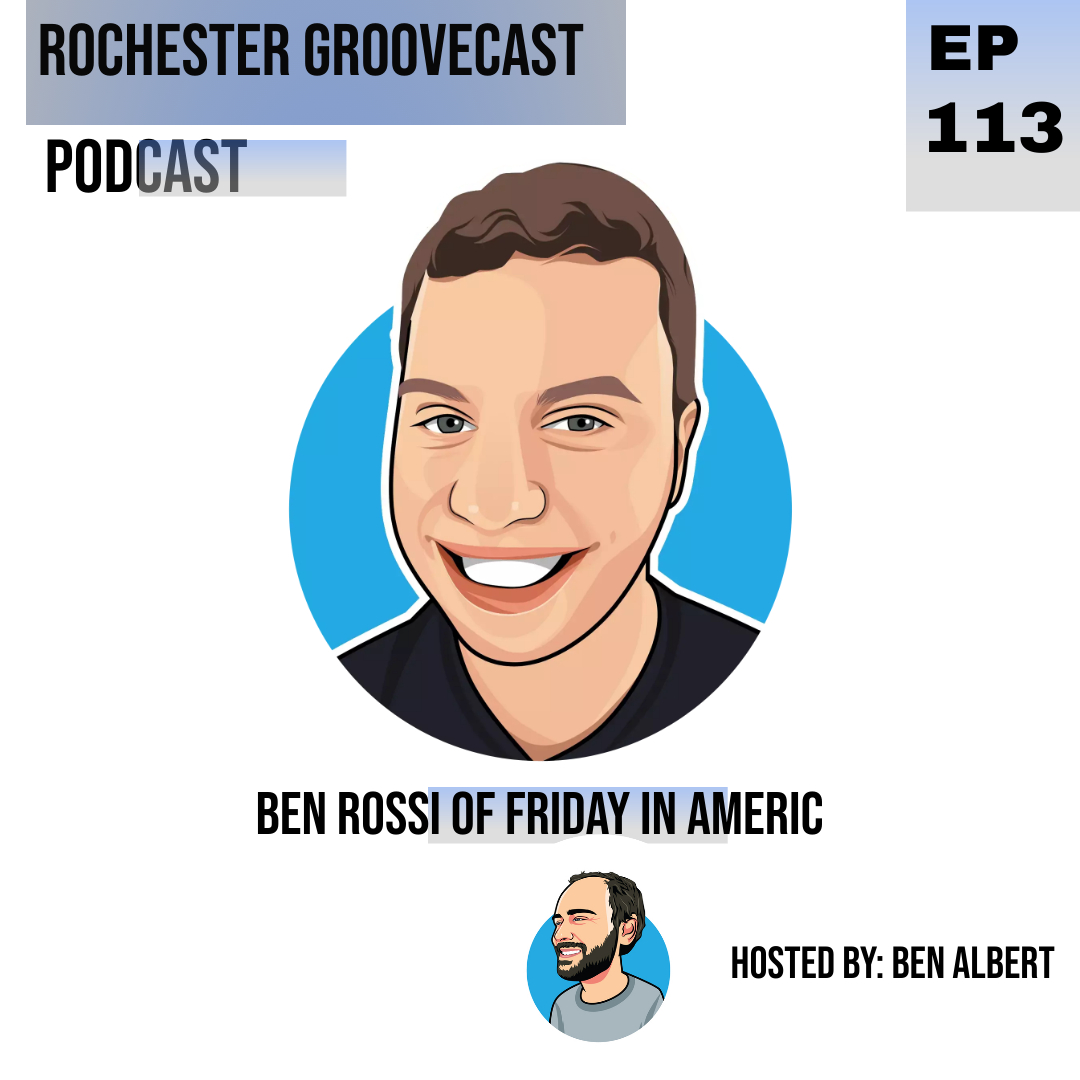 “With a range of influences spanning from The Band to The Roots, Friday in America fuse elements of folk, rock, reggae, and hip hop. The result is a menagerie of musical styles – from the heavy rock and funk arrangements of songs like “Hitman” to the stripped-down folk of “Water”. In 2011, the band released their first full length album “Cut the Brakes”, and had the track “Water” featured in the closing scene of the AFI-Fest award-winning film The Hammer, which told the true story of deaf UFC fighter Matt Hamill.
The album’s rock and folk arrangements have garnered comparisons to artists like Jack Johnson and Bruce Springsteen, and have received regular rotation on shows like Scott Regan’s “Open Tunings” (NPR). The band’s love of all music and their ability to write and play across numerous mediums makes for a unique concert experience. They have opened for acts like Max Creek, Ekoostik Hookah, and the Ryan Montbleau Band, and are constantly fusing their disparate influences in a groove-oriented framework.”
Rochester Groovecast by Balbert Marketing LLC · 113) Ben Rossi of Friday In America

At Rochester Groovecast, the mantra “We’re Fans First!” harnesses the belief that the best businesses are built by fans. The podcast is deeply dedicated to playing an active role in the culture of its local scene.

The brainchild of Rochester native, Ben Albert, was created in 2016 to serve as a portfolio of the city, and nowadays, the entire region.

The podcast believes in the artistic brilliance abundant in Rochester, NY, and the surrounding regions. Ben seeks to play a pivotal role in our community by helping give Rochester a well-earned voice. He has seen first hand the abundance of talent, character, creativity, innovation, and beauty the Flower City has continuously offered.

Keep In Touch with Friday In America.