Aqueous Welcomed Warmly in their Home Away from Home

Hopping to the next city over from their birthplace in Buffalo, Aqueous drew a frenzy of fans for their sold out show April 13 at Flour City Station.

The place was packed except for a small area by the back window where more informal observers could comfortably take in the music with space to breathe and saunter about. The band’s background decorum emulated easygoing basement vibes with a spread of neutral tapestries and a tangle of light strands strewn casually across them.

It should be known that this was my first Aqueous show, so my insights are more limited than a seasoned fan. I took the opportunity to mingle with fans, pick their brains, and glean some wisdom as to what sets Aqueous apart from other bands in the jam scene. As evidenced by the name “Aqueous,” there is a definite subaquatic characteristic to their musical presence, suspending the listener in a cocktail of free flowing sound.

The smaller 275 capacity room also lended itself to this cozy, almost in utero sensation (not that I remember exactly what that feels like). Are womb vibes a thing? Between the dimmed lights and body heat radiating from a packed crowd, the sense that we were all floating in a giant’s uterus crossed my mind on more than one occasion.

Things got a little raucous toward the end of first set when Aqueous threw the crowd some unexpected and short-lived punk attitude with their cover of Blink 182’s “Dammit.” Immediately inciting a mini mosh pit, snapbacks and dreads thrashed about as fans shoved their friends in a swirl of smiles. 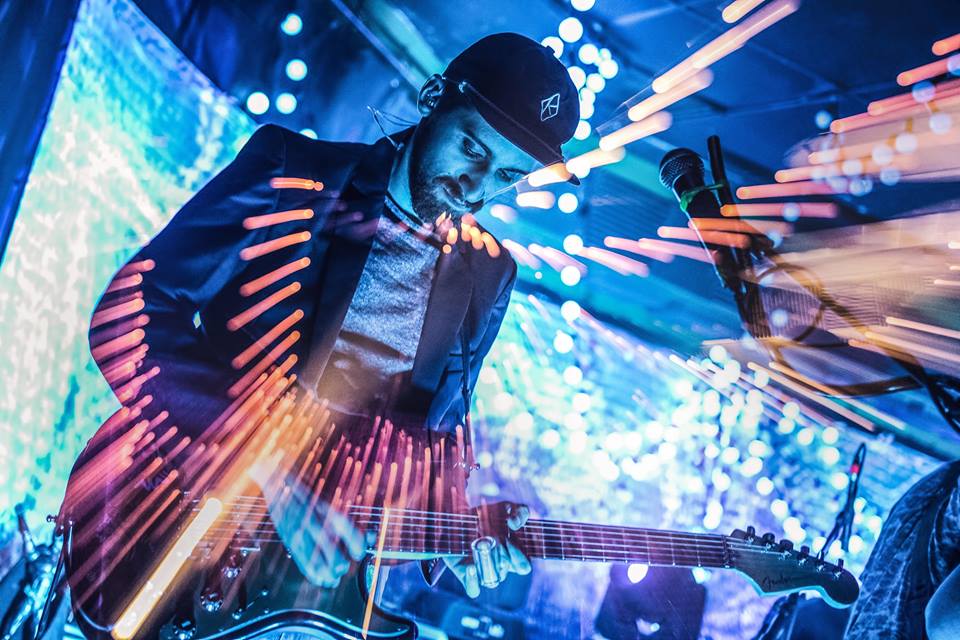 Second set seemed to fly by and before we knew it Aqueous left the stage, but quickly rejoined the crowd on the floor and mingled by their merch booth in the back to say hi to old friends and greet new fans. The camaraderie between the musicians and fans is so evident, it makes a newcomer like me enjoy Aqueous’ music even more. After interviewing Mike Gantzer (guitar/vocals) a week before the show, everything we discussed relating to their deep respect for the craft of music and sincere gratitude for their passionate fans was 100% backed up by what I witnessed both on and off stage. 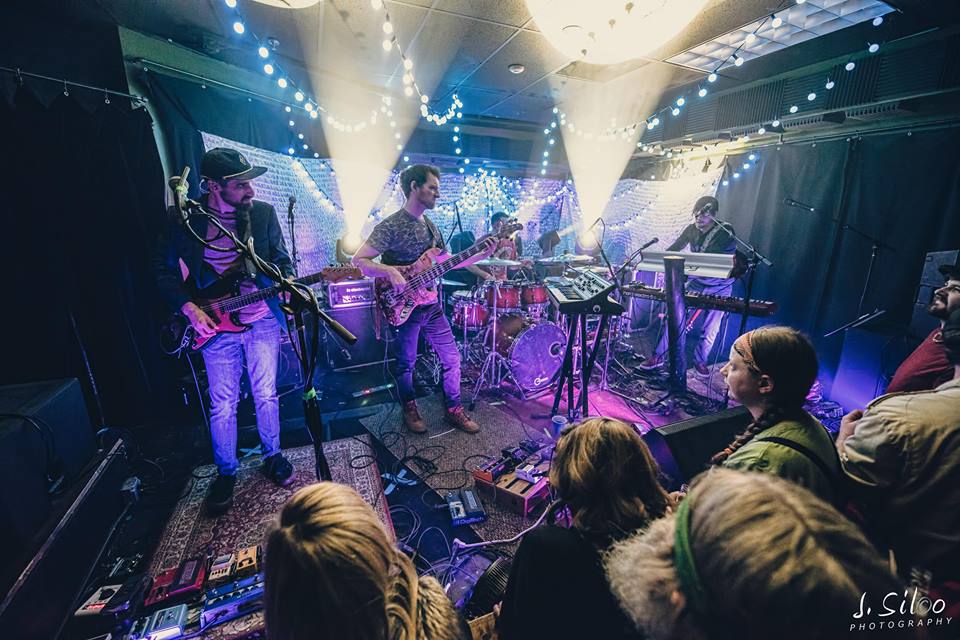