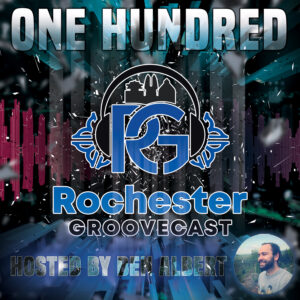 —
Websites announced on the podcast:
www.balbertmarketing.com
www.rochesterbusinessconnections.com
—
Quotes by featured guests… in no particular order…but this is the order they are featured on the episode!

“I would probably have it say in big letters, understand that other people’s pain is the same as your pain.”

“You can love your way out of anything.”

“Stay true to yourself and enjoy the process.”

“I probably would be something related to the band, If I had that option…”

“I’d probably not use it for what it’s intended for. I would probably use it to make one person laugh.. It would be a joke for one person, or maybe three or four… It would be a picture of a marine biologist from New Zealand named Steve O’Shea, and he’d be making this crazy exasperated face, and it would just say  ((OOOOOh)).”

“Without giving me much time to have drafts and a focus group and stuff… We’re all just trying to get through this life.”

Nettie of The Enlightened Studio- Episode 81:

“We’re all in this together. We’re all equal. We are all one. We all love each other… Let’s start living.”

“Love Black people as much as you love Black culture.”

“So powerful, is the light of unity that it can illuminate the whole earth.”

“The truth is out there.”

“When you are content to be, simply yourself, and don’t compare or compete. Everyone respects you. Lao Tzu”

“Be kind… please be kind to each other.”

“So I would feel very uncomfortable putting myself on a billboard or putting some of my words on a billboard…Summarising ideas, a country, or culture… I don’t think it’s possible.”

“Know what you’re afraid of.”

“Be considerate. Be real. Fuck the haters.”

“Your mind is like a parachute, it doesn’t work unless it’s open.” – Frank Zappa

“For right now in September of 2020. If we’re doing this right now, I’d probably just put up: arrest the cops who shot Brianna Taylor… And put their names up there.”

“I would urge everybody to; find the common humanity amongst ourselves the best we can. And I would leave it at that.”

“Observe, think for yourself, and enjoy your life.”

“You can’t soar with the eagles if you flock with turkeys.”

“Give me a sausage egg and cheese, every day for the rest of my life, and I’ll be happy.”

“I think it would be one of those hologram ones with a guy dancing and say…let’s wiggle.

Because I think if we all wiggle together and start dancing together, we’ll be lal in time, we’ll be in harmony, peace.”

Head To The Roots- Episode 65:

Dylan and Wil of The Medicinals- Episode 64:

Wil: “We’re going to get through.”

“I don’t know. A year ago, this would have been so much easier to answer but right now with the phase of life that I’m in, I’m like, I just want to hear fewer voices. Because there are so many voices coming from every angle. So if I had a billboard, it would probably either just say something like, take a second to breathe, turn off your phone, or it would just be blank because I just don’t want to be another voice.”

“I’m a really big rescue dog person… maybe there would be something to that degree.”

“I also travel a lot, so maybe I would put something up about seeing the world”

“Look for the helpers in scary situations” -Mr. Rogers

Kids In The Basement- Episode 66:

Ric: “Two girls and big, big cans with me in the middle, just like… with KITB on it too” – Always Sunny reference

Stevie: “Be kind to everybody. Have fun. Make friends,”

“I’m just so perturbed by everything that’s going on in this country that literally all I can think of when you said that right now is Avatar’s Kyoshi… and that quote ‘only justice will bring peace’.”

“The very selfish answer is evilbubble.com.”

“One love…spread good energy…respect each other… be mindful of what we’re all going through.”

“ If you lead with compassion everything else will figure itself out.”