Preceding a sold out two-night run at Flour City Station April 13 and 14, Mike Gantzer from Buffalo band Aqueous took some time to discuss the importance of being silly, what to do when a fan PayPal’s you $1,000 to hangout, garbage plates, and the very personal album they will be releasing this fall. 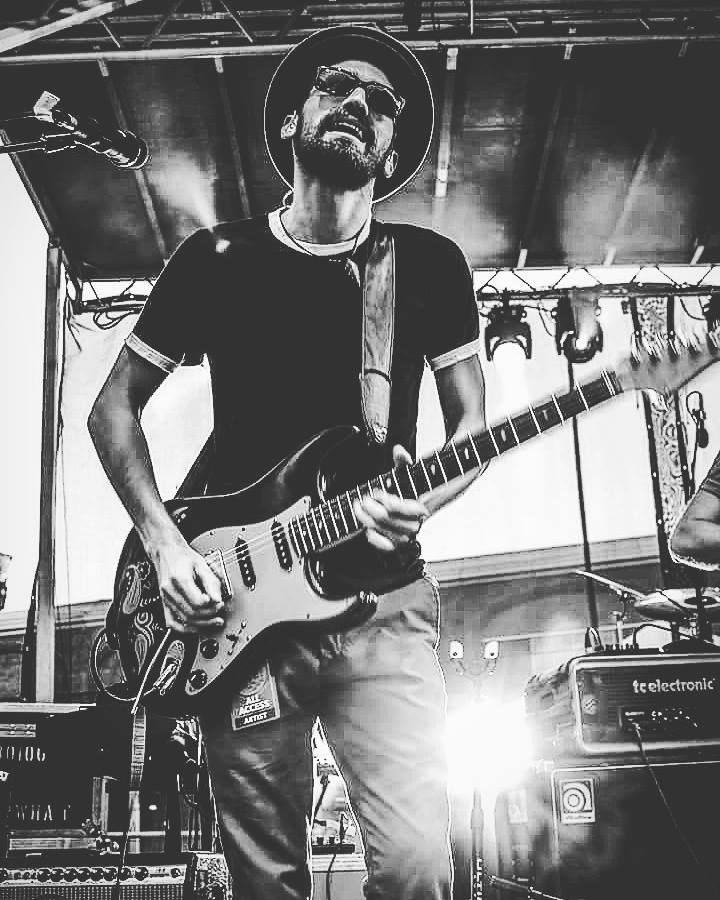 ALLY: I was doing some background research and read through your musician bios which are QUITE colorful. Did you guys each write your own bios?

MIKE: I think each of them reflect each of us pretty well. An old friend of ours who used to drum for the band wrote them. We like to take our music craft seriously but not ourselves too seriously and that was a bit of a nod to that.

Love it. So you guys have been playing together for over ten years. At what point in the band’s career did you feel really established like you’d acquired a big enough following that making music was going to be a sustainable thing for you guys?

Maybe three or four years ago we started to see some of the pieces fall in place as far as going further and further out on a national scale and having success in different cities and having people respond to our music outside of the regional thing we had built in earlier years. It’s been a really natural progression for us and we’ve seen a lot of growth in the past three or four years.

I think a lot of it could be attributed to the final lineup change we had almost three years ago now with our drummer Rob. He came into the mix and everything really just fell into place at the right time. We sensed musically we were onto a new life and new power with this particular lineup. The rest of the members have all played together since the very beginning, and Rob completed us in a creative sense. Once we started seeing growth on a national scale and playing bigger festivals like Electric Forest, Peach Music Festival, Summer Camp, or sharing bills with Umphrey’s McGee or moe. There have been some really definitive moments we’re really grateful for that have given us a lot of hope for our future and motivating us to be better.

With the drummer switch was there a difficult learning curve? Was Rob friends with you guys before he joined the band?

Rob is a bit of an anomaly. We actually found him on the internet of all places. We teamed up with Live for Live Music and did a national search for a drummer. We were in a tough spot and didn’t want to be restricted just to people we knew in Buffalo. And to no discredit, there’s no shortage of incredible drummers and musicians in general in Buffalo, but there’s so much to what it takes to be in a touring band that a lot of people don’t necessarily think about ahead of time. Like the sacrifice of time and being away, and some of the financial aspects. We wanted to give ourselves the best chance of finding the best fit.
So we went on this national search and had people send us video covers of our songs, which was kind of a surreal process. And Rob was the very last submission that came in out of over 100+ submissions. All three of us watched the video and agreed it was the right feel, right dynamic. So we brought him to Buffalo and had the strangest experience at his audition because it was like we’d already known each other for a really long time. We shared almost identical musical influences.

Normally an audition is a good test because the person might be a little nervous, it just might not feel right, but his was a blast. There were obvious references like Phish and moe. and some of the earlier jam band stuff, but there were stranger things we were into that he was somehow also into. We improvised a bunch as part of the audition and we were catching on riffs right out of the gate.

With Rob I try to express gratitude for finding him as often as I can because it’s really hard to find someone that fits in every way. You’re doing 130-150 shows a year. It’s not just about playing, in fact it’s probably only half about playing. Rob has been one of the most positive people we’ve met and he kinda gave us a new life. He elevated our band musically but then he was a great person too. So he’s relocated to Buffalo and become part of our family here. He’s the only non-original member but kinda feels like he is anyway.

Having played in Rochester before, is there anything in particular that makes you excited to play this city?

Rochester was one of our first home away from homes. When we started branching out of Buffalo, Rochester was the first or second place we went to. So it’s a mix of fans that have been seeing us for a long time, so there’s a good homey vibe there and deeper friendships within the fanbase than a city farther out like Omaha, Nebraska. Since it’s almost like a hometown market It’s always a throwdown in Rochester, and I feel like people there are really stoked on us and they’re always really high energy shows.

There was a show at Flour City last year and people still reference that as one of their favorite sets of the past year. It’s up on nugs.net, a live music streaming service and it’s one of our most downloaded and talked about shows. There is an energy that happens when we play Rochester. And we’re stoked to b back at Flour City, although I think we’ve outgrown it a little bit. Both of these nights are sold out. But I want to give a little shoutout to those guys because they’ve been really cool to us over the years. They’ve gone out of their way to make it a homey space for us. They’ve even hosted some of our side projects.

Very nice. Speaking of Rochester, I gotta ask- are you a garbage plate eater?

At one point in my life I have been a garbage plate eater. We played a show with Dopapod at Dubland Underground a couple years ago and they took us out after. Rob Compa told us “you need to have this experience.” The whole band did it, but I don’t know that it clicked. It was kind of fun and I was thinking “what is this strange smorgasbord of food… Is that a hot dog… what is this?” But it was cool. I respect it. I appreciate anything that’s a mainstay of a city. You go to all these places and they have their definitive thing that you don’t get anywhere else. I’ve never seen the garbage plate anywhere else. So it may not be my preferred food but it’s on my radar.

That’s fair. It’s kind of like a picnic threw up on a plate. Now that we’ve gotten that out of the way, what’s the weirdest experience you’ve had while on tour, either a weird interaction with a fan or some other bizarre story?

There have been so many of those. When you spend that long on the road you’re just gonna see stuff. Nightlife and music inherently draws strange people and odd scenarios. One that sticks out recently was when we were playing in Asheville. There’s this guy that’s come to our shows twice now. He calls himself The Senator. I don’t know his name or much about him. I guess he claims to work for Sysco. Apparently he’s really well known for throwing money at the bands while they play and make really weird requests. He asked to hang out after the show and then throw $40 at me. It felt really weird and to be honest I saw him in the audience kind of creating a scene in maybe not a great way. He seemed to be acting a little too forward with women and I was getting really unseasy and kind of upset watching him cause havoc in the audience.

He ended up Paypalling us $1,000 so he could hang out with us. I didn’t know what to make of him, but if he had been just a normal dude you could have done that for free! And just the fact he has a title for himself and it’s “The Senator” with no relation to his actual life…

Wow. I feel like I could ask a million questions about this… how did you handle the PayPal situation?

We just put it in the band fund and called it a wash. It felt like dirty money but it was already in there. I guess the other bands there see it as normal. I guess I appreciate in some weird way someone being a patron of the arts. At the same time with his behavior being a little erratic, I didn’t really want to be affiliated with that. I definitely have a pretty wide threshold for weird, and I like weird, but he was weird in not a great way.

Oh my gosh so much! We’re wrapping up a brand new album of songs that most people have never heard which is unique for us. We normally play songs out and road test and jam them out and whittle down the structure that way. We discussed as a band how when we were growing up we’d go to a record store to buy a CD and listening to it would be a brand new experience of music we’d never heard. We really wanted to deliver an experience like that for a while so we spent almost a year whenever we were off tour in GCR Audio in Buffalo, which is owned by the Goo Goo Dolls actually. So we’d finish a song every month or so.

There might be one or two on the album that people have heard, but the rest are all brand new never before played. On this album there is such a mix of us really experimenting and creating musical moments that serve the meaning and purpose behind the tune. We wrote about some things that were very true and honest to our experience, dealing with some deaths we’ve experienced, both family and friends.

So we just finished tracking the final song on the album last week and we’ll have a big album release during fall tour. I could not be more stoked about that. It’s been really hard to play all these shows and not play the stuff we’re really excited about. Musically we really took some chances and went out there a little further genre-wise than we ever have. There are songs that are still very uniquely us, but we let in some other influences like Steely Dan or Wilco and interesting more “song-writery” things. It’s definitely the most unique album we’ve made.